This year represents a step change for a Union that remains firmly focussed on addressing the Covid-19 pandemic and the economic recovery that will inject up to €750 billion of new cash into the economy. With Brexit completed and the withdrawal agreement in place, much still remains to be finalised, whilst the new investment agreement with China highlights the continued trade ambitions of the world’s largest single market. Politically the arrival of a new administration in the United States coincides with the anticipated departure of Angela Merkel in Germany. From securing millions of new vaccines to leading the global response to the climate emergency and the energy transition, the EU continues to evolve as an increasingly influential and important strategic partner whose objectives have an impact far beyond its borders.

Are you prepared? Is your business ready? 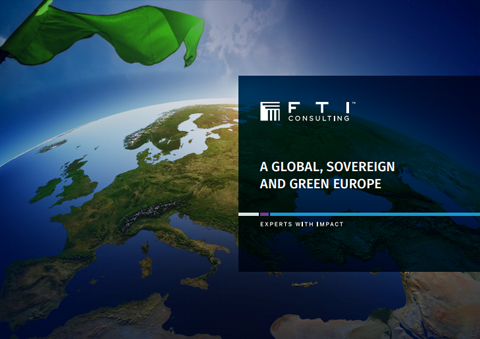 Want a summary of the new Commission who will lead Europe over the next five years?

See FTI Consulting Brussels’ report incorporating an overview of everything you need to know on the new von der Leyen Commission.

Nuclear power generation and the urgency of fighting climate change

The Decade of Disputes: No barriers to antitrust claims from corporate activists

The Decade of Disputes & the impact of litigation funding

Is the EU on your agenda?

TALK TO US FIRST

We use cookies on our website to give you the most relevant experience by remembering your preferences and repeat visits. By clicking “Accept All”, you consent to the use of ALL the cookies. Read More. However, you may visit "Cookie Settings" to provide a controlled consent.
Cookie SettingsAccept All
Manage consent

This website uses cookies to improve your experience while you navigate through the website. Out of these, the cookies that are categorized as necessary are stored on your browser as they are essential for the working of basic functionalities of the website. We also use third-party cookies that help us analyze and understand how you use this website. These cookies will be stored in your browser only with your consent. You also have the option to opt-out of these cookies. But opting out of some of these cookies may affect your browsing experience.
Necessary Always Enabled
Necessary cookies are absolutely essential for the website to function properly. These cookies ensure basic functionalities and security features of the website, anonymously.
Functional
Functional cookies help to perform certain functionalities like sharing the content of the website on social media platforms, collect feedbacks, and other third-party features.
Performance
Performance cookies are used to understand and analyze the key performance indexes of the website which helps in delivering a better user experience for the visitors.
Analytics
Analytical cookies are used to understand how visitors interact with the website. These cookies help provide information on metrics the number of visitors, bounce rate, traffic source, etc.
Advertisement
Advertisement cookies are used to provide visitors with relevant ads and marketing campaigns. These cookies track visitors across websites and collect information to provide customized ads.
Others
Other uncategorized cookies are those that are being analyzed and have not been classified into a category as yet.
SAVE & ACCEPT
Powered by