Steaking a claim on meat and dairy brands

If imitation is the greatest form of flattery, then the world’s livestock industries should be immensely proud that the fledging plant-based meat makers are attempting to liken their products to animal-based protein. Instead, it’s steak knives at dawn as livestock industries campaign to prevent what they claim are deliberate attempts to deceive consumers into eating meat that isn’t meat, to the detriment of the traditional source of animal-derived protein. And they are increasingly seeking government intervention to protect their meat, beef, lamb, pork and chicken, as well as dairy brands.

Australia is the most recent example, where a Senate Committee recently found that Australia needed to beef up its labelling regulations and enforcement to prevent consumers from being duped. “Consumers say they are confused by plant products featuring names like ‘chicken’, ‘beef’ or ‘prawns’ with pictures of those animals on the packaging and the words ‘plant based’ or ‘meat free’ printed in much smaller letters,” said Rural and Regional Affairs and Transport Committee Chairman Sen. Susan McDonald (Nat – Queensland).

The committee made several recommendations, such as calling on the Australian Government to develop a mandatory regulatory framework for labelling products made from plant-based protein. It also recommended greater enforcement by statutory watchdogs including the Australian Competition and Consumer Commission and Food Standards Australia New Zealand.

The reactions were unsurprising. The livestock industries welcomed the committee’s findings, calling them a step forward for truth in labelling. The plant-based/faux meat makers roasted them, claiming that there was no evidence that consumers were being misled.

The Australian Senate Committee’s recommendation for greater truth in labelling requirements for plant-based/ cultured meats is the latest example of government intervention in the truth in the labelling fight. And it’s the livestock industry fighting for it. 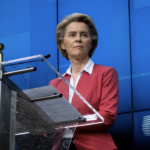 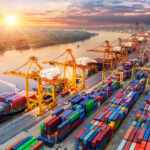 What War in Ukraine means for Global Trade – UK, US and EU Perspectives 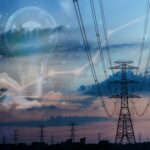 The Electricity Market Design in a Period of High Energy Prices 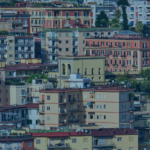 From spotlight to limelight – where are you? European Real Estate: Preparing for systemic change